Urethane vs Polyurethane: What is The Difference?

Urethane vs Polyurethane: What is The Difference?

Furniture, bedding, flooring, and even the clothes you wear: polyurethane and urethane are compounds found in many things we use every day.

The two terms are often used interchangeably, and both compounds are used in the construction of products at different stages of production to improve their physical properties. This confusion is partly due to one making up part of the other and the two being used for similar purposes.

However, there’s a distinct difference between polyurethane and urethane, and their properties and features corroborate this.

Understanding these attributes and the composition of each can help you choose between one or the other for home or commercial use.

Urethane is a colorless and odorless crystalline compound derived from ethyl ester. It was created in the 1950s–1960s and has a chemical formula of C3H7NO2, which is a combination of both amides and esters and carbonic acid.

On its own, urethane looks like white powder but can also take the form of colorless and odorless crystals which are flexible and malleable. These physical qualities make it a very versatile compound. Urethane uses are many and varied depending on the form it takes: It can be molded into various shapes and sizes that are used to produce plastics; it is used as a coating, adhesive, or sealant in liquid form; and also in the production of insecticides, veterinary medicine, and human pharmaceutical products.

Additionally, urethane can be used as spar urethane, a type of varnish preferred for outdoor applications due to its high water resistance level.

Yes. Researches have found that urethane is a toxic, cancer-causing compound to small animals like rats but safe for humans. People who take medicines with urethane may also experience allergic reactions, and nausea is a common side effect.

Polyutherane is a polymer (PU) that is made up of organic units of isocyanates and polyols linked via urethane units. As its name suggests, multiple urethane compounds are joined together by a chemical reaction known as polymerization to create a solid substance. One of the main differences between urethane versus polyurethane is that urethane is soft and malleable, and polyurethane is rigid and firm.

To put it simply, urethane is a chemical group, and polyurethane incorporates many urethane groups.

Due to its durable nature, polyurethane is used when creating products for long-term use. Its chemical composition of urethanes and other compounds makes it adaptable to a wide variety of circumstances, whether that be extreme heat or freezing cold. It is also used as a heavy-duty coating as it bonds well with both metal and plastic and is a better coating choice for firmer items than urethane, tougher even than rubber or steel. Some paints also contain polyurethane which gives them a better coating and shine.

Differences Between Polyurethane and Urethane

What is the difference between urethane and polyurethane? These compounds are so similar that even experts in the manufacturing industry consider them the same thing.

Let’s compare urethane vs polyurethane by their attributes:

As you can see from the table, there is a difference between urethane and polyurethane. Even where the two are used for the same purpose, the results are often different, e.g., a urethane vs polyurethane clear coat on a piece of furniture or hardwood floor would produce a different look and feel. However, because one makes up the other, both compounds are colloquially referred to as polyurethanes.

Polyurethane is an incredibly versatile compound that can be used in countless applications. It’s found in everyday household materials and heavy machinery alike.

Some of its most common uses include:

Polyurethane can be molded into a foam of different densities, firmness, and quality. Everything from mattresses to sponges is made with polyurethane. It is also used to make standard fabric car seats.

That walking shoe that feels as if you’re stepping on a cloud? Thank polyurethane. Its special properties provide a supportive and comfortable base that can return to its original form after use.

Protective polyurethane is resistant to abrasion and spills and is used as a protective coating.

Learn More About Using Urethane and Polyurethane in Your Manufacturing

Both urethane and polyurethane can be used to make top-of-the-line industrial and commercial coatings. Looking to add these compounds into your production? Contact us to talk to one of our technical sales representatives about our specialty products and material solutions today.

We Are the
Element
That Matters 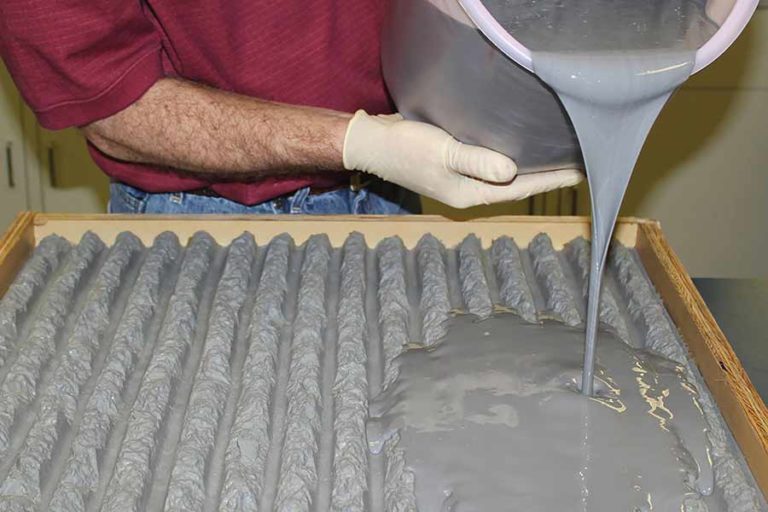 Fiberglass Protection: How to Use Fiberglass Safely

Orbital Sander vs. Sheet Sander: When to Use One Over the Other

How to Make Fiberglass Repairs on Boats